Supermarket chain Continente, part of Portuguese retail and telecoms conglomerate Sonae, has announced the opening of what is described as the first “Europe-brand” scanless and cashless convenience store, located in central Lisbon.

The new Continente Labs concept store, which opened its doors on 26th May, is 150 sq m in size and works using an app linked to a debit or credit card. Consumers scan a QR code generated by the app and are then free to move around the store and pick up items, which are automatically charged when the customer leaves. 230 ceiling cameras and over 400 shelf sensors monitor the items being purchased.

The new store is the result of a partnership between Continente and the Portuguese startup firm Sensei, a specialist in retail technologies.

Commenting on the new concept, Frederico Santos, director of innovation and digital transformation at Sonae MC, said: “At Continente we’re always thinking about the next step, but more than that, we want to take the next step. Continente Labs is the store that takes us closer to the future. This is another pioneering experience by Continente which has been under development since 2019, one which allows the strengthen the relationship between the brand and consumer. It transforms the shopping journey into something even faster, more efficient and with the minimum of contact, but always with security in mind”.

While other European grocery retailers have opened cashless stores in recent years, Continente Labs is claimed to innovate through its ‘no-scan’ technology. 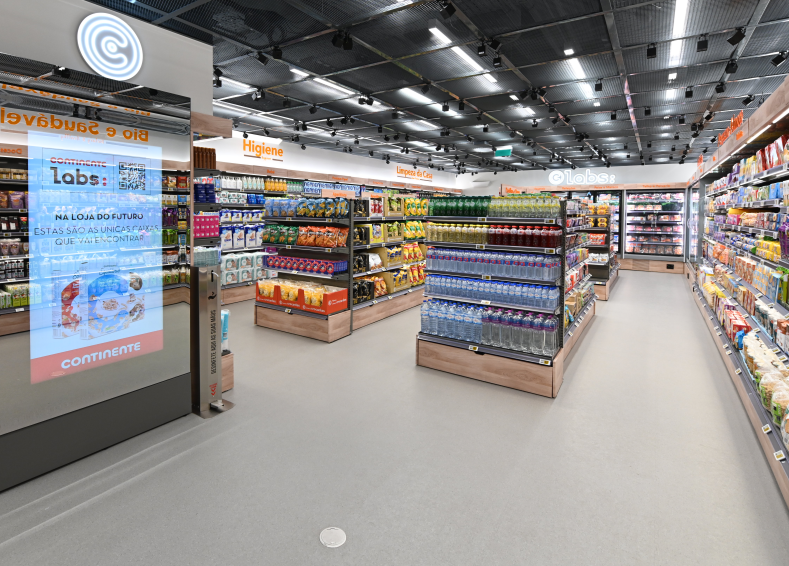 Portugal Connect is a not for profit global network connecting businesses, innovators, investors, buyers and private individuals with opportunities in Portugal and internationally.